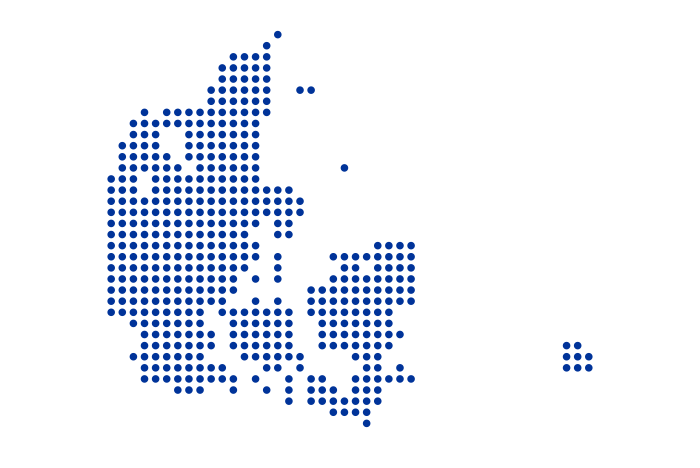 The separation was implemented on a voluntary basis after the acquisition of 100% ownership in TDC by DK Telekommunikation ApS, a company controlled by a consortium comprising three of Denmark’s largest pension funds (PFA, PKA and ATP), and Macquarie Infrastructure and Real Assets. In February 2018, DK Telekommunikation submitted a recommended public takeover offer to buy the entire share capital of TDC that was accepted by the board of TDC. In March 2018, the acquisition was approved by the European Commission.

Following the full legal separation, the two companies remain 100% owned by TDC group but operate as independent entities with their own staff, management, independent business strategy and branding.

The scope of TDC Net’s activities includes the operations of its fixed infrastructure, comprising copper, fibre and cable TV networks, as well as its mobile network.

The Danish NRA, the Danish Business Authority (ERST), most recently addressed the scope of the non-discrimination obligations imposed on TDC in its market analysis decisions of 17 August 2017. These decisions, covering the wholesale broadband markets 3a and 3b, imposed nationwide obligations on TDC's copper network, as well as obligations on TDC's fibre network in less competitive areas (excluding 56 out of 592 post code areas).

ERST concluded that a non-discrimination obligation based on the EoO principle would be sufficient to address potential competition concerns. The imposition of non-discrimination based on EoI was considered to be disproportionate, as it would require TDC to implement major changes to its established IT systems and platforms, regardless of whether it would apply only to FTTH access products or also to the upgraded copper access network. Currently, TDC uses the same external ordering system, separated from its internal operations, to supply both sets of access products to its wholesale customers.

However, the EoO non-discrimination obligation was reinforced by a strengthened technical replicability obligation, in addition to the previously imposed transparency obligations, with detailed KPI and SLA requirements. TDC was required to run a technical replicability test for all of its new or substantially modified retail products, and to provide detailed documentation to the NRA. In particular, TDC was required to secure relevant updates to the external IT systems and processes used by TDC's wholesale customers.

All TDC's regulated wholesale access products are subject to cost-orientation, based on a BU LRAIC+ model. In addition, a price squeeze test is applied to a set of selected flagship products, comprising standalone broadband offers and broadband offers bundled with television.

So far, the Danish NRA has made no assessment of the impact of TDC's new organisational structure on the scope of its regulatory obligations. The new market analysis of the wholesale broadband markets is currently in progress and expected to be completed in 2021.

In 2020, ERST consulted at a national level on the product scope of the wholesale access market, which has been defined as combining both local and central access products but divided into two product submarkets according to the capacity:

As the next step, ERST also consulted on the proposed geographic scope and SMP assessment in M3HC, where it proposed to define 21 geographic high-capacity markets largely corresponding to the public utility areas where power utility companies have been deploying fibre networks. TDC and most of the utility companies are proposed to be designated as having SMP in their corresponding geographic fibre coverage areas (with the exception of few more competitive areas).

The scope of remedies to be imposed on SMP operators will be addressed at a later stage.