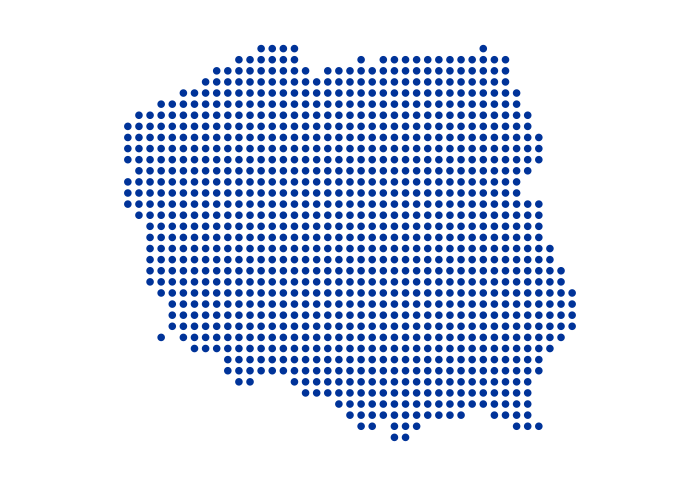 From 2007 to 2009, UKE, the Polish regulator, contemplated imposing a separation obligation that would establish a new organisational unit to supervise and control the access network of OPL and provide selected wholesale services based on EoI. This separation would have addressed the complaints from ANOs and prevented OPL’s potentially discriminatory practices at wholesale level. In December 2008, UKE launched an administrative proceeding to impose the separation obligation on OPL.

OPL reacted in March 2009 to the administrative proceeding by proposing a voluntary model of separation based on equivalence of access (the Charter of Equivalence), citing this as a better and cheaper alternative to UKE’s proposed separation model. OPL estimated the costs of the implementation of the voluntary model at PLN 110-300m (€24.5-66.7m), while the separation proposed by UKE would have cost PLN 750m (€166.7m).

The proposed measures in the Charter of Equivalence included:

OPL negotiated the Charter with ANOs and the regulator for several months but without a conclusion. Eventually, OPL and UKE set out a four-year investment agreement, related to the deployment of broadband lines, and created a new non-discrimination model on 22 October 2009. These included some of the measures previously proposed in the Charter but did not foresee the establishment of a separate supervisory committee.

OPL’s wholesale department is headed by the Executive Director in charge of the Carriers Market. It is located separately from the company’s headquarters, in another city.

The Executive Director in charge of the Carriers Market holds an independent position within OPL’s Management Board, reporting directly to the President of the Management Board (see page 124 of OPL’s report 2018 for details of the executive structure as of 1 January 2019).

The current wholesale structure resulted from the expired investment agreement, which introduced the following measures in 2009:

OPL’s voluntary undertakings, based on EoO, were first adopted with the agreement with UKE in October 2009, and implemented by UKE’s regulatory decision of 30 December 2010 for market 4 and the decision of 28 April 2011 for market 5.

Following the next round of market analyses for the wholesale markets 3a and 3b, UKE decided to impose non-discrimination obligations based again on EoO and not on EoI.

Before selecting EoO, UKE assessed the proportionality of the implementation of the EoI model. UKE thought that the costs to implement EoI were not justified, considering the competition problems in the market.

Costs for introducing EoI only for FTTH services

In UKE’s opinion, the costs (somewhere between €10m and €20m) would place a disproportionate burden on OPL. UKE believed that regulatory concerns arising from possible discriminatory behaviour could be effectively addressed by applying the EoO model in combination with the KPIs for non-discrimination.

UKE also analysed OPL’s KPI results to test whether there were any signs of discrimination in the treatment by OPL’s wholesale division for ANOs compared with OPL’s own retail division. The test results were generally positive, showing little evidence of discriminatory behaviour in the provision of wholesale services.

UKE therefore concluded that the introduction of EoI was not justified and would be disproportionate in view of the additional costs to OPL.

The KPIs to measure non-discrimination, introduced by the October 2009 agreement, have been one of the key tools for monitoring compliance with the non-discrimination obligation imposed on the incumbent. A new KPI system, updated in light of market developments, was implemented in December 2011. KPIs are reported monthly for the market and quarterly for UKE (see the Q2 2019 results).

Other tools used by UKE to verify compliance with the non-discrimination obligation include the Time-To-Market (TTM) procedure, and the margin squeeze and price squeeze tests. The TMM (effectively a technical replication test) applies whenever OPL introduces a retail service based on a regulated wholesale service or a commercial wholesale service. Under the TMM procedure, OPL must provide ANOs 90 days before the launch of OPL’s retail service with all the necessary information to enable ANOs to create a competitive retail offer based on OPL’s wholesale service.

The SOR includes a safeguarding mechanism that gives ANOs the right to conduct inspections and checks on whether OPL’s wholesale department provides regulated wholesale services under the same conditions as those provided for OPL’s equivalent retail services. OPL is obliged to submit signed protocols from such inspections to UKE.