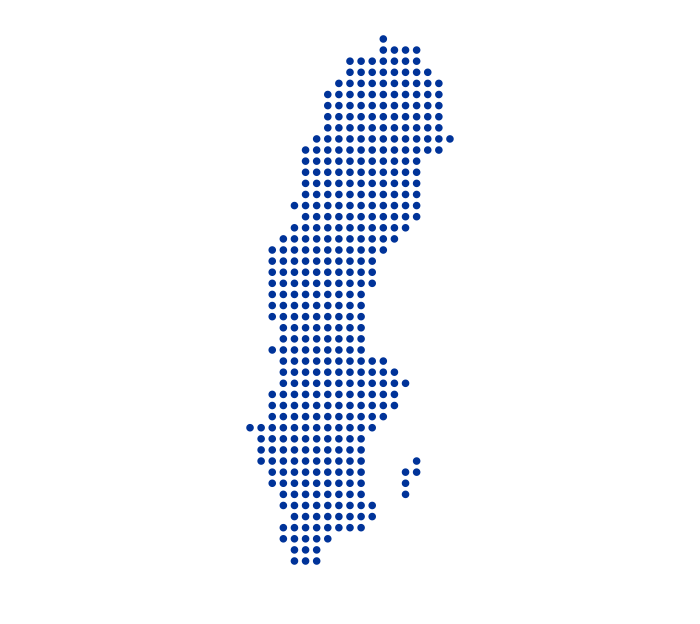 Sweden from legal separation to EoI

The Swedish incumbent operator, Telia Company, is currently not subject to any form of functional or legal separation applied to its wholesale operations, either voluntarily or following a regulatory intervention.

The division of Telia that offers regulated wholesale access products operates as a part of a larger organisational unit responsible for wholesale operations and network infrastructure. This unit is subject to accounting separation and strict non-discrimination remedies based on a combination of EoI for fibre-based products and EoO for legacy copper-based products.

In 2008, Telia had voluntarily separated its access network by creating a wholly-owned infrastructure subsidiary Skanova. It also implemented several changes to its organisational and governance structure in an attempt to ensure equal wholesale terms for its rivals and its own retail operations in the provision of physical network infrastructure access over its copper and fibre networks. The separation decision was triggered by an amendment to the Swedish Electronic Communications Act, proposed in 2007, that would introduce new powers for PTS, the NRA, to impose functional separation as a new SMP remedy. The establishment of Skanova as a separate legal entity within Telia group was seen as a move to pre-empt a possible imposition of functional separation by PTS.

PTS, however, never formally endorsed the separation of Skanova, deeming it insufficient to improve non-discrimination or to bring any major improvement to the competitive conditions of access markets. Consequently, the access network separation was only briefly mentioned by PTS in its 2010 market analysis, and the full set of remedies was applied by PTS to Telia’s copper- and fibre-based access products despite the voluntary legal separation.

In the next round analysis of wholesale broadband markets completed by PTS in February 2015, Telia committed to a stronger form of non-discrimination for its fibre-based access products, based on EoI and subject to economic and technical replicability.

All elements of EoI were fully implemented by Telia for the regulated fibre-based local access products on 1 December 2016 – and followed by PTS’ withdrawal of the ex ante price control and cost orientation obligations from FTTH products. Once PTS had confirmed Telia’s compliance with EoI, Telia moved to re-integrate Skanova as part of its larger wholesale organisation. There was no formal assessment by PTS of this integration, other than a brief statement that PTS would continue monitoring compliance with EoI. PTS stated that, as long as Telia continued to fulfil all the obligations that are part of EoI, it is not relevant for the regulator how Telia organises its operations.

Telia’s organisational and governance structure has developed through a series of different regulatory steps and undertakings, summarised in the table below:

One of the main reasons why the voluntary separation of Skanova, along with its key organisational changes and commitments, was not considered by PTS as a credible measure to achieve the equal treatment of Telia and its competitors was that, even after the separation was implemented, Telia and Skanova continued to use separate ordering and fault reporting systems: one for Telia’s own retail operations and another for ANOs. This aspect was later addressed in PTS’ 2015 market analysis decision as one of the prerequisites for the implementation of the equivalence model based on EoI for Telia’s new fibre-based products (as discussed below).

With regard to the effective non-discrimination obligation, PTS assessed, as part of its 2015 market analysis, the cost of implementing an EoI approach for both fibre- and copper-based access products.

Since 2008, Telia supplied wholesale physical infrastructure services, such as copper and fibre access and backhaul products, to ANOs and its own retail operations through its separate wholly-owned subsidiary, Skanova Access. This approach was assessed by PTS as corresponding to the EoO principle, as it allowed Telia to use separate ordering and fault reporting systems: one for its own operations and another for ANOs.

PTS further concluded that the implementation of EoI would only be proportionate for Telia's relatively new fibre-based infrastructure. Therefore, the provision of copper access products could continue to be based on the current EoO approach. For fibre access, EoI had to be implemented by 1 December 2016.

The key EoI elements include:

A technical replicability test (TRT) had to be implemented and applied to both fibre and copper access products within three months from the adoption of the PTS final decision. Before launching any new retail product, Telia has to carry out a TRT and notify the results to PTS. PTS may also request Telia to apply TRT to already launched products.

After PTS had confirmed Telia’s compliance with EoI, on 1 December 2016, the LRIC based price control of fibre access products was removed. Currently, these products are offered subject only to an economic replicability test on selected flagship products. The flagship products comprise those standalone and bundled retail broadband offerings which are considered to be the most significant for competition in single-family and multi-family housing segments, respectively.