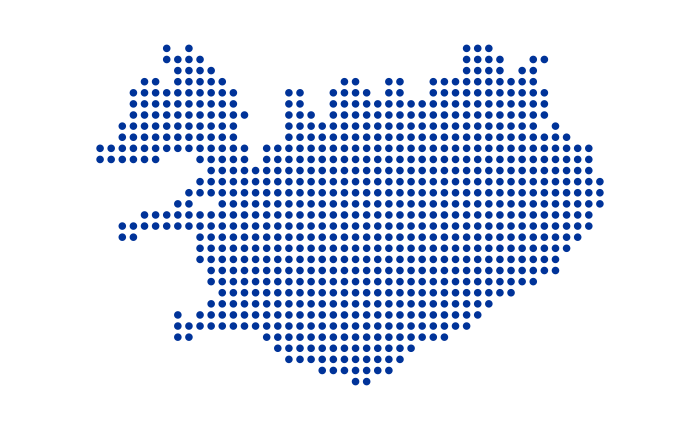 The Icelandic incumbent operator, Síminn, has implemented full legal separation of its telecommunications network infrastructure from any other retail and wholesale activities within the group. Míla, the network infrastructure subsidiary of the incumbent operator that owns and operates the national trunk and access networks, was established as a separate legal entity in 2007, shortly after Síminn’s privatisation by the Skipti group in 2005.

Míla’s operational and structural independence from the rest of the Skipti group was further enforced through the settlement agreement with the Icelandic Competition Authority (ICA) in March 2013 and its subsequent amendment in 2015.

Currently, Míla operates as a wholly-owned subsidiary of the incumbent Síminn, with its own staff, board of directors, separate business premises, independent business strategy and branding. Míla’s activities cover the operation of the copper- and fibre-based access networks and other passive network infrastructure, including collocation services at local exchanges and towers, as well as wholesale leased lines and bitstream access services. Síminn’s separate wholesale division continues to offer the following services to alternative network operators (ANOs): fixed and mobile interconnection, wholesale line rental, resale of broadband, and IPTV services.

The governance model endorsed by the ICA includes an independent Supervisory Committee on Equal Access (EJAF) that monitors Síminn’s and Míla’s compliance with the terms of the settlement agreement as regards non-discrimination and equivalence of treatment towards all ANOs acquiring wholesale access to the incumbent’s network, including Síminn’s own retail division.

The first step towards the full legal and operational separation of Síminn’s network infrastructure from the rest of its operations was achieved shortly after the privatisation of the incumbent operator in 2005, when the company was acquired by the Icelandic Skipti group. In April 2007, Skipti voluntarily separated its business into three legal entities (all 100% owned by Skipti):

The voluntary separation model was not established to ensure the non-discriminatory treatment by Míla of Síminn and its competitors. Also, the boundaries between the wholesale services of Mila and Síminn remained rather unclear at the time, as Síminn continued to operate in both the retail and wholesale markets: e.g. offering wholesale leased lines as well as wholesale bitstream access services.

Following numerous complaints received by the ICA from ANOs, several investigations were opened that raised competition concerns about Síminn’s market conduct. Under the provisions of the Icelandic Competition Act, the ICA is authorised to settle cases by reaching an agreement with the undertaking under investigation. In March 2013, a regulatory settlement was reached between the Skipti group and the ICA, in close cooperation with PTA, the Icelandic NRA.

As a result of this settlement, Skipti made commitments to implement substantial organisational and structural changes aimed at achieving stronger separation of its wholesale subsidiary Míla from Síminn, while ensuring that Síminn’s competitors would have equal access to the wholesale inputs sold by Míla. Some of the regulated wholesale products, including wholesale bitstream access and leased lines services, were transferred from Síminn to Míla, contributing to a clearer separation between the retail and wholesale activities.

Skipti also accepted to pay ISK 300m (€1.9m) in settlement to the government.

The current organisational and governance structure of Síminn has developed through a series of different regulatory steps and undertakings, summarised in the table below:

The Supervisory Committee on Equal Access by electronic communications companies to the systems, technology solutions and services of Míla and Siminn Wholesale (EJAF) was established by the ICA settlement decision no.6/2013, becoming operational in July 2013. The main task of the supervisory committee is to monitor the compliance of Míla and Siminn with the terms of the settlement approved by the ICA in 2013, and as amended in 2015.

The committee is composed of three members independent of Siminn. However, one Míla employee, who has not previously been responsible for services and customer relations, may be appointed to the committee. The chairman of the committee shall always be independent of Siminn. Siminn appoints the committee members, subject to the approval (within one month of the appointment) by the ICA and the PTA. The committee members are appointed for a term of two years. Siminn is required to ensure that the supervisory committee can function normally and cover the cost of its operations. Síminn's internal auditor shall provide information and other necessary assistance so that the committee can perform its role in accordance with the settlement agreement.

The principal tasks of the supervisory committee include:

On 26 March 2013, the ICA settlement decision imposed a requirement for Míla to provide equal access for Síminn and its competitors to:

Following a June 2015 amendment to the settlement, stricter non-discrimination requirements were imposed on Síminn’s wholesale division. This division operates as a special business unit within Síminn’s organisation, with a separate management and subject to accounting separation, as well as rules of conduct on the protection of confidential information, and with access controls between retail and wholesale operations.

The non-discrimination obligation was further enforced by the PTA market analysis decisions on M4 and M5/2007 of 13 August 2014. Míla was designated as having SMP on both markets and was required to implement non-discrimination based on EoI for all copper- and fibre-based regulated wholesale products, as a precondition for not imposing ex ante price control obligations on its fibre-based products. EoI elements include:

Mila is also required to publish internal and external KPIs on its website on monthly basis.

As one of the most significant changes to the previous market analysis decision, PTA initially proposed to impose an ex ante price control obligations on Míla’s fibre-based products. This proposal was however withdrawn after the initial consultation.

Now PTA maintains that an ex ante economic replicability test (ERT) imposed on Míla and Síminn fibre-based products should be sufficient to alleviate competition concerns. PTA also proposes to withdraw some of the regulatory obligations in selected more competitive municipalities with regard to the duct access, the obligation to announce in advance planned civil works and the obligation to announce five years in advance any planned network changes that affect LLU access seekers.