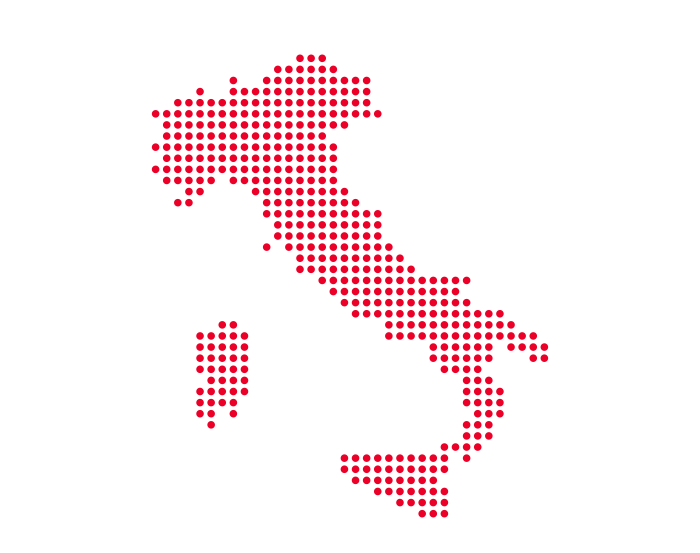 *Project of voluntary legal separation notified to NRA in 20

TIM's wholesale division function has its own staff, information systems, investment budget, and a separate incentive scheme for wholesale staff and management. In addition, the Italian approach to separation includes a supervisory committee, Organo di Vigilanza (OdV), which is responsible for ensuring TIM's compliance with the principles of non-discrimination and equal treatment towards all ANOs accessing the incumbent's network.

As part of a complex structure of transactions with an American investment company (KKR) and Fastweb, TIM notified a project of voluntary legal separation to the Italian telecoms regulator (AGCOM) for the creation of FiberCop. 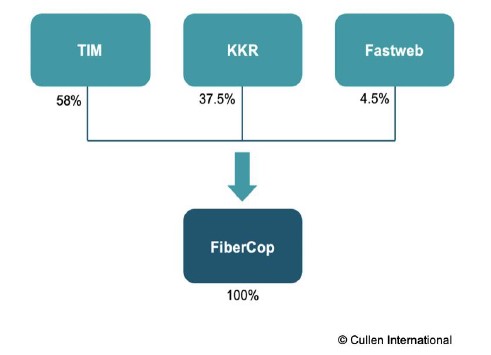 FiberCop (the NewCo) will include all of TIM’s passive secondary network infrastructure from the cabinet to the home both for fibre and copper, such as ducts and sockets (copper cabinets not included) along with the fibre network developed by FlashFiber, the joint venture in which TIM has an 80% and Fastweb a 20% stake. 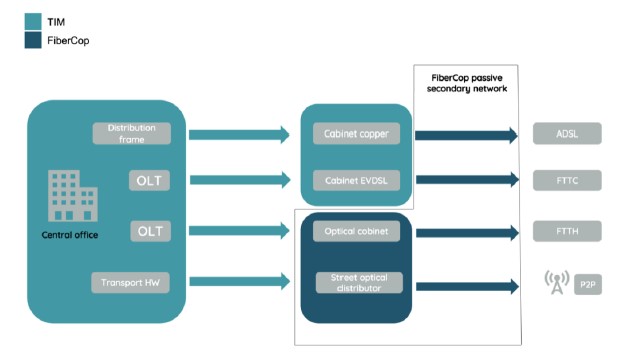 TIM said that the NewCo will allow TIM, Fastweb and other operators to co-invest in fibre coverage across the country. TIM also signed a memorandum of understanding with another operator, Tiscali, to create a partnership to develop fibre broadband through Tiscali’s participation in the FiberCop co-investment plan.

AGCOM published a positive preliminary assessment of TIM’s voluntary separation project and opened a public consultation until 28 January 2021 with the aim to gather suggestions from interested operators. According to BEREC guidelines on separation and the Italian electronic communications code, AGCOM will go through a new fixed market analysis to assess the impact of TIM’s legal separation project on the existing regulatory obligations.

AccessCo might be established through a potential future merger between FiberCop (in which TIM will contribute also its primary network) and Open Fiber (OF), a wholesale only operator rolling out FTTH 50% owned by CdP.

The organisational and governance structure of TIM’s model of separation has developed through a series of different regulatory steps and undertakings, summarised in the table below:

The Italian supervisory committee started in November 2015 to monitor TIM’s compliance with the undertakings set out in decision 718/08/CONS, which entered into force in January 2009, and on the new model of equivalence (NME) offered by TIM.

The Italian supervisory committee (OdV) is composed of five members, each serving a term of five years. Three members are designated by AGCOM and two by TIM’s CEO, after consultation with AGCOM. The president of OdV is chosen from one of the committee members designated by AGCOM. The staff of the OdV’s office are employees of Telecom Italia designated to support the work of the OdV committee with a mandate of three years, renewable once for a maximum additional term of three years. Staff must sign a code of conduct to avoid any potential conflict of interest with TIM including for confidentiality, independence and diligence. OdV has an independent annual budget of not less than €880,000.

In addition to overseeing TIM’s compliance with undertakings, OdV has started new forms of cooperation with AGCOM set out in annual workplans, such as:

In the last fixed market review (AGCOM decision 348/19/CONS), AGCOM explained the new role that OdV will play until 2022, assuming that legal separation will take place. According to that decision, OdV will support the regulatory start-up phase of NetCo, offer technical support to AGCOM to monitor compliance with NetCo’s non-discrimination obligations, and gather input from the new regulatory compliance officers of Netco.

Whether OdV might play a similar role in the recent FiberCop voluntary legal separation project notified to AGCOM should be seen.

In addition, OdV will continue to monitor non-discrimination obligations, such as the new EoI model and the new KPIs set out in in decision 395/18/CONS.

On 5 November 2015, TIM's board approved a "plan to introduce a New Model of Equivalence, aimed at further strengthening the efficiency and effectiveness of the delivery and assurance processes" for its wholesale access services.

The aim of the NME is to ensure that the sales divisions of TIM have an equal footing with those of the ANOs for more effective internal and external equality of treatment and for greater transparency in the management of line activation requests.

Currently, TIM must assure EoI (also called the full equivalence model) to ANOs for LLU, SLU and VULA FTTH services, whereas it must assure only EoO (described as an enhanced EoO "equivalence +") for VULA FTTC, bitstream and WLR shared access services.

As part of the new equivalence model, TIM also implemented:

In addition, TIM implemented the disaggregation of provisioning and assurance for LLU, SLU and VULA FTTC. This means that TIM gives ANOs the possibility to choose a third-party company (Impresa System) for provisioning and assurance in relation to the abovementioned services. These third- party companies are selected by TIM based on criteria such as reliability, competence, and financial stability, established in accordance with AGCOM.