The Supervisory Board's Annual Report provides a summary of the board's activities. The goal is to list all actions taken to uphold the principles of non-discrimination and equality of access throughout 2016, especially in light of recent regulations, which have significantly changed the board's role, duties and functions. 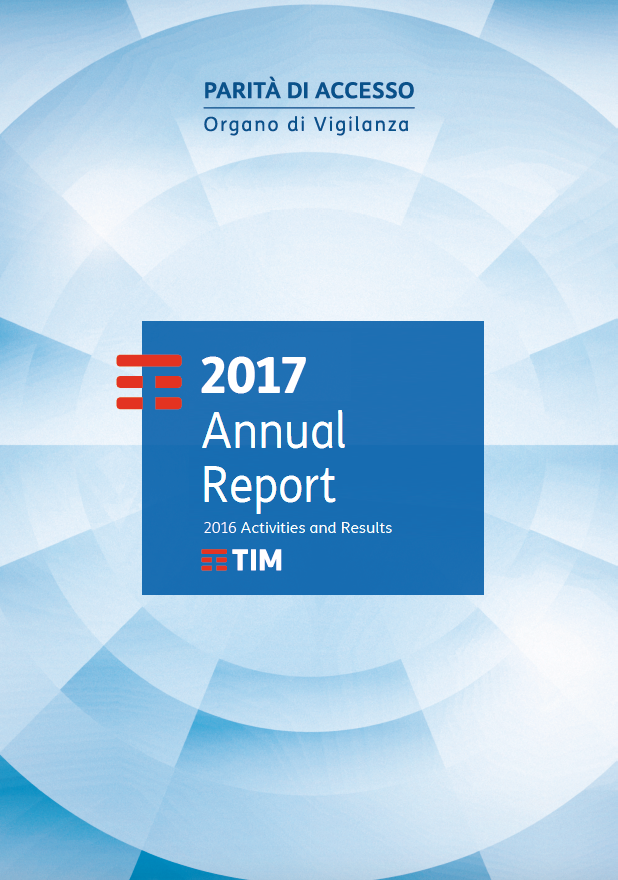 On November 5 2015 the Communications Regulatory Authority had, among other things, strengthened its efforts to guarantee non discrimination in favour of Other Licensed Operators, through Resolution no. 623/15/CONS, which closed the Market Analysis for the 2014-2017 period.

Pursuant to said resolution, the Regulatory Authority aimed to bolster the equivalence model, confirming the Supervisory Board's role in monitoring and enforcing the Undertakings contained in Resolution no. 718/08/CONS and, at the same time, widening the scope of the board's actions to include oversight of obligations relating to the broader principle of non-discrimination.

To better establish the autonomy and effectiveness of the Supervisory Board through its governance model, the aforementioned Resolution called upon Telecom Italia to submit a proposal with changes to the Internal Regulations. The proposal, which was to be submitted to the Regulatory Authority, would update the role, functions and organisation of the SB in light of the new regulatory framework, taking into account specific guidelines designed to guarantee the neutrality of its members and sufficient independence for the SB's staff, as well as introducing appropriate measures for the participation of Other Licensed Operators in the Board's activities regarding equality of treatment.