This document represents the summary of the various activities conducted by the Supervisory Board in 2015, as well as a final assessment of the activity performed in the last three years by the Board of Directors, whose mandate will end on 31 May 2016. 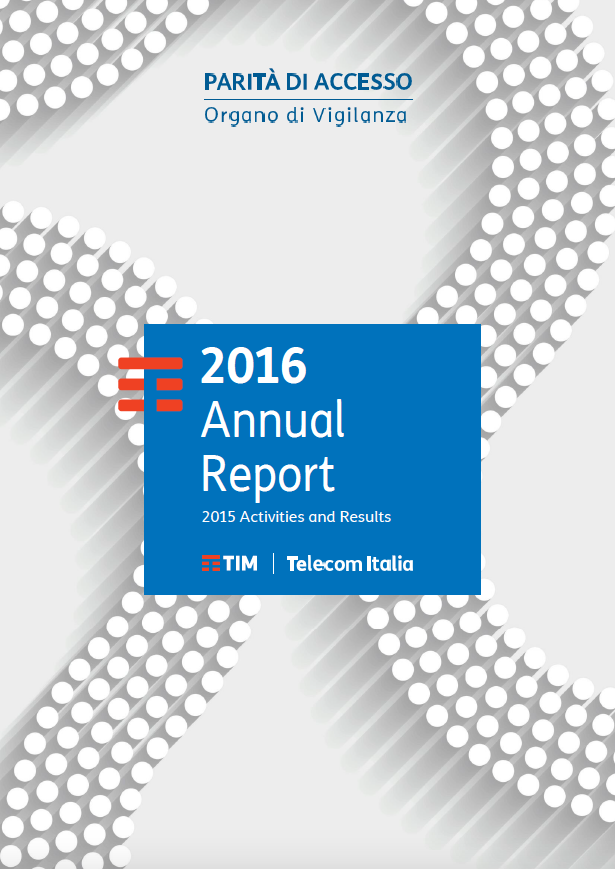 The report also aims to represent a comprehensive analysis, albeit in synthetic and non-exhaustive terms, of the technological and regulatory transformation that has characterised the industry in recent years, while at the same time describing the actions and initiatives that the Supervisory Board has taken to respond adequately to the growth of market needs and the evolutionary changes of the environment in which it ended up operating.

The descriptive section of this report describes the framework of the operations of the Supervisory Board, the action of which has unfolded under the new regulatory framework laid out by the industry Authority, an operation that characterised the year just ended and which has seen an increased autonomy and independence for the Supervisory Board to protect all the Operators, thus laying down the conditions for increased supervision of internal-external equality of treatment.

Likewise, in 2015 there was an acceleration in legislative and regulatory actions aimed at encouraging the development of the infrastructure in the telecommunications market; specifically, with the National Ultra-Broadband Plan the Government has set the goal of bringing down to zero, in three years, the gap accumulated by our country with regard to the rest of Europe by reaching 85% of the population with a network of at least 100 mbps, thanks to a public-private investment of €12 billion by 2020.

With regard to the duties and functions of the Supervisory Board, as we have mentioned, 2015 was a year of change for its institutional structure and its governance, as well as the strengthening and extension of its powers and its areas of operation.