During 2010 the Supervisory Board continued the formal monitoring activities specified in the text of the Undertakings approved by the Italian National Regulatory Authority for Communications, AGCom, in December 2008, and consolidated its advisory role, stimulating the establishment of adequate improvement processes by Telecom Italia, to effectively pursue the aims that underpin the Undertakings. 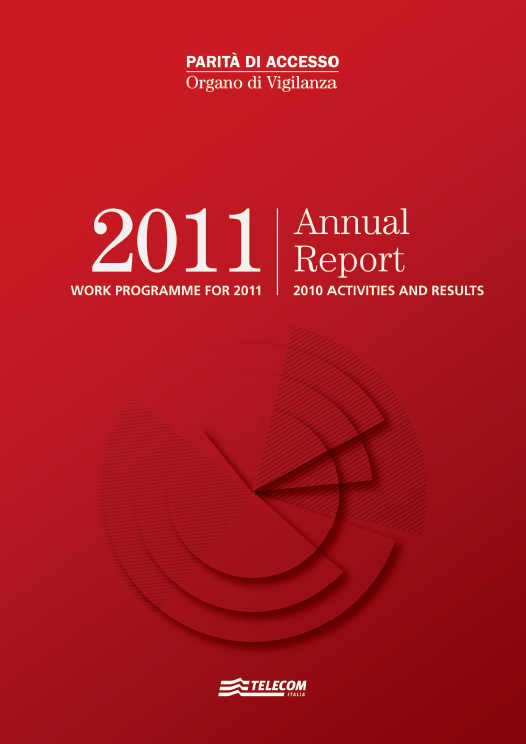 Particular attention was paid to those problems and topics that, within the framework of the Undertakings, and in relation to the issues raised by the alternative Operators, appeared to be priorities, due to their technical and economic implications.

Similarly, the interventions of the Board were intended to resolve critical issues related to the processes affecting the commercial relations between Telecom Italia and its competitors in the supply of intermediate services, to the potential advantage of the market and consumers.

The Supervisory Board therefore made its contribution in the awareness that the sensitive issues dealt with would assume an increasingly central role, also in view of the evolution of the market and its legal and regulatory scenario.